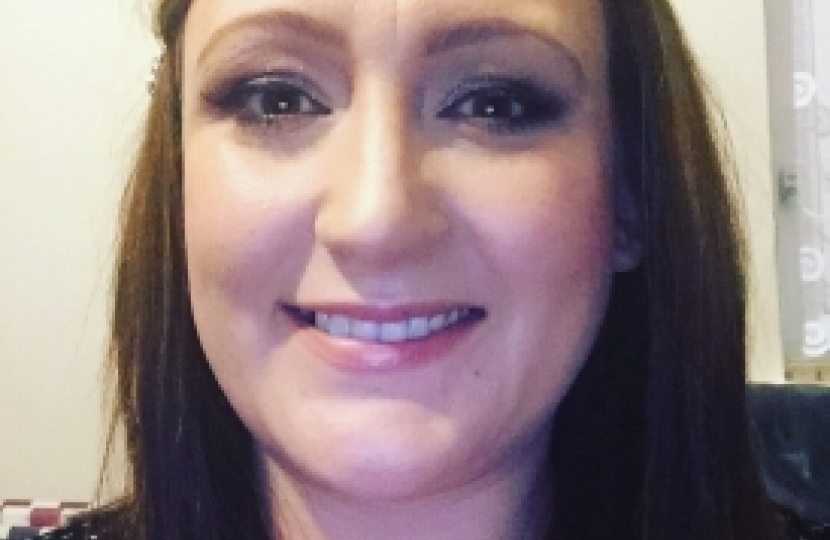 Carmen Lea is CES's Head of Membership.  She is a parent of two and supports other parents in her local community. Passionate about education, Carmen has a specific interest within Special Educational Needs policy and is dedicated to a mission that all children have a right to a free education that is designed to be adaptable for the individual.

I don’t think anyone could have mentally prepared themselves for the chaos and confusion that came with the outbreak of Covid-19. We often hear of dangerous diseases and possible world disasters but none have ever brought the entire world to a complete standstill. Even when the outbreak was first announced, I don’t think many believed we would see the closure of schools, nurseries and non-essential businesses. I don’t think any of us really absorbed the vast change to our daily life that was about to take place.

I started a group on social media so parents could support each other with home-schooling, something many of us felt was extremely daunting. After all we are parents, not teachers. My initial instinct was to ensure my children had access to education and to bring order to the disarray.

Many of us quickly sprang into action, there were people offering help to the vulnerable, needy and sick. I saw groups thrown together in a matter of hours to gather food and essentials to be delivered to those most in need. It really was quite spectacular and I found comfort in the kindness being spread throughout the world.

In times of trouble and disaster I have always comforted my children by telling them: ‘Something good always comes from something bad, look for the helpers in the bedlam and tell me about all the good things you can see.’ In the years past when we have heard bad news, my children immediately begin to point out the helpers, the unsung heroes, the pillars of the communities who help. I find this brings comfort and some order back to a world that can be chaotic and unpredictable.

My son was born with a partial duplication of chromosome 18 and Autistic spectrum disorder. He completely relies on routine, structure and rules to stop his world from crumbling into disarray. The smallest of changes can be extremely difficult for him to accept and will often send him into turmoil. Something as simple as a different toothpaste brand is confusing and upsetting for him, and he would refuse to use the toothpaste. He is a creature of habit. My son has his own special modus operandi. Structure and routine is a way of life, when that is remotely threatened his world is thrown into pandemonium.

When the Prime Minister announced the closure of schools, I feared the world had somewhat forgotten children with SEND. Although children with an EHCP could still attend schools, everything would be different, time tables would have no meaning, school uniforms abandoned, familiar faces exchanged for unfamiliar, mixed classes and no consistency. All of the basics, the foundation that a child with SEND depends on to navigate around their school day would be ripped away. I feared this would cause more disruption and upset than home-schooling my son.

Schools already had an enormous task on their hands, setting up virtual lessons, ensuring vulnerable children received their government provided lunches, setting up home-school work, rearranging lessons for key workers children and those who are vulnerable and/or with EHCP’s. The list was endless, yet the staff busied themselves and worked swiftly to put all of these things into place.

It was agreed between myself and school that my son would feel more stable in a home-school environment. Overnight I became both a teacher and parent. Having two children of a mere 15 months apart in age doesn’t sound too tricky to coordinate, but my son has a learning disability which dictates his academic abilities, my daughter is extremely hungry for education and exceeds expectations in every subject. It was extremely daunting. I feared my son may feel inadequate to his younger sister. I feared my daughter may downplay her intelligence as an act of kindness and care for her sibling.

I wasn’t able to bring my children any sense of certainty as to how long the school would be closed, when they might see friends, if they could still visit family on the weekly set days they normally visit them. Whilst my daughter equally found the situation disconcerting, I was able to bring her comfort and reassurance. My son had the rug ripped from under his feet and seemed traumatised by the prospect of the unknown. I began to wonder how other children with SEND and parents alike were coping, especially parents with larger families, or those living in vulnerable situations, homeless hostels and poverty.

The first few weeks were by far the most important. I quickly realised there was no world education crisis, but there could be a mental health crisis if we didn’t find a balance of structure, routine and calm whilst my children absorbed what had happened to them and came to terms with the perplexity of the world situation we now faced. Whilst I busied myself setting up a structured time table for education. I also ensured we finished every lesson on emotional well-being and praise.

As the weeks have gone by, my children have settled and my son has gradually found comfort in the structure and routine I have strictly put into place. It has been a journey of obstacles but it's certainly not negative. I have discovered my daughter is a very talented and creative writer, seeming wise beyond her years and writing with such compassion and empathy. Reading her imaginative stories has become the highlight of my week. Her mind is an ocean of creativity, I’ve found her style of writing completely captivating. I’ve also discovered she has a real flair for baking.

My son has achieved too. We have discovered he has a natural ability for maths and history alike, he has a deep fascination with English war history and has achieved a monumental amount of work. His spellings have dramatically improved and he has become extremely proud of his achievements. He hasn’t before expressed self-praise and is often extremely self-critical. It has been wonderful to see his confidence grow with a new ‘can do’ attitude. I have been able to identify some areas of need which were hidden under anxiety and attitude, meaning we have been able to break down some of the barriers he previously faced within his educational journey. These areas of need have prevented him achieving and diminished his self-confidence. Now these areas have been identified I can ensure it is reflected within his EHCP and a more productive learning experience is supported for him.

This time of isolation has taught me such a valuable lesson. We often exchange the most precious important things in our lives for career and wealth in hope it will bring stability and happiness, when in fact stability and happiness is a feeling, it’s not a destination. I am so grateful I have my family; others are isolating alone. I’m so grateful I have a garden; some children live in homeless hostels. I’m so grateful for so many things. We are all going through this together but everyone’s situation is different and people face different struggles.

I shall remember isolation as the time I was most happy in my life, I spent every moment with those I cherish the most without feeling guilty I should be busy elsewhere. I saw beauty in simple things I may have before taken for granted. I taught my children valuable life skills and was able to take a bigger role in their educational journey. We put the most important things first, our children, our families, our physical and mental health. The world has stopped for a few months and we have all been reminded of the things of real importance in life.