Antony is Headteacher at a high school on the beautiful North Norfolk coast, which serves a large community with mixed-deprivation.  Married to Louise, who is an EYFS teacher, they have 3 daughters, all of whom attend their local state schools.  Antony has been a teacher for 20 years, having completed his PGCE studies at the University of East Anglia.  Most of that time, Antony has been a classroom teacher, before being promoted to be the Director of a large sixth form in 2013.

In 2015 Antony moved to the Inspiration Trust as Deputy Head of a very challenging city school and in the following two years took it from inadequate to good.  In 2018, Antony became Headteacher at Cromer Academy.  His interests are predominantly around curriculum reform and reducing teacher workload.  Antony has stood for parliament twice for the Conservatives, in 2005 and 2010, coming within a few thousand of unseating Labour's then Home Secretary Charles Clarke in Norwich South.  In 2006 Antony was elected as a Councillor for a highly-deprived ward in Norwich and went on to lead the Conservative Group. 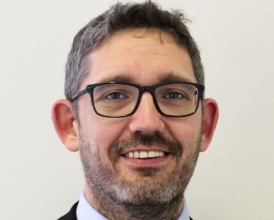