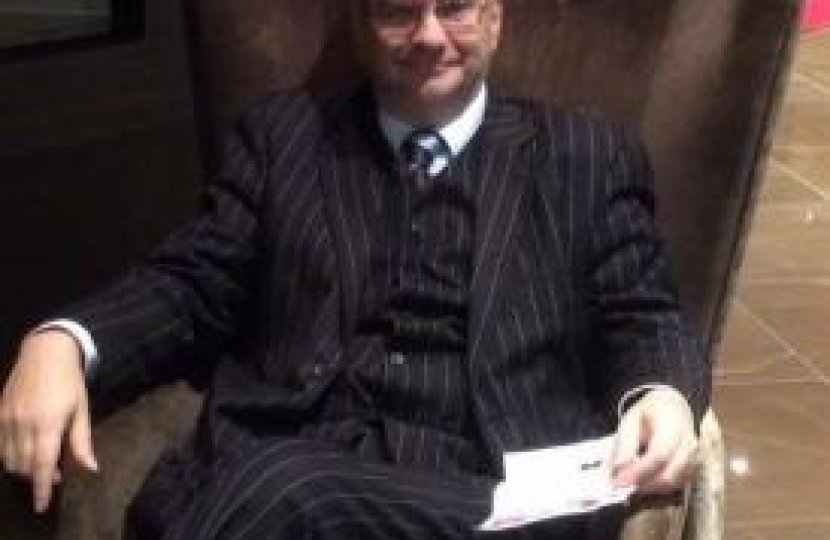 Gary Walker is CES's Vice Chairman & Treasurer.  He is a Governor at two schools, and standing to be a Conservative councillor in 2021.

A few weeks ago whilst waiting for my 3rd Zoom meeting of the day, I discovered my old school’s website, a nostalgic trip back to the 80s.  The interior may have changed, teachers have since retired and whiteboard has replaced the chalkboard, so no more ducking from the blackboard rubber.  My intrigue was heightened, so I searched Facebook for a group page for the school.  Whilst technology may have replaced the old way of learning, one thing that has clearly not changed is bullying.  Just a few years ago (ok, 40+ years) there was a bully who would pick out the most vulnerable victims.  Said bully would always be waiting for these victims every Monday at the school gates to claim their weekly dinner money.  Bully is not acceptable, but this is the way it was; one bully running the school.  But as a parent and governor, it's evident to me that social media and new technology has meant a rise in both incidences and types of bullying; bullying has grown in recent years.

There is more than one type of bullying;  Physical bullying includes: hitting, kicking, tripping, pinching and pushing or damaging property, and causes both short term and long term damage.

Verbal bullying includes: name-calling, insults, teasing, intimidation, homophobic or racist remarks, or verbal abuse.  Whilst the perpetrator can often believe that verbal bullying starts off harmless, it can escalate to levels which start affecting the individual target.  Social bullying, sometimes referred to as 'covert' bullying, is often harder to recognise and can even be carried out behind the bullied victim’s back.  It is designed to harm their social reputation and/or cause humiliation.  Lies and false rumours, negative facial or physical gestures, menacing or contemptuous looks, playing nasty jokes to embarrass and humiliate, mimicking unkindly, and encouraging others to socially-exclude can all have a real and lasting impact and damage social reputation, social acceptance and, ultimately, mental health.  The Cyber Bullying Research Centre defines cyber bullying as:  'intentional and repeated harm inflicted through the use of computers, phones, and other electronic devices'.  Cyber bullying can be overt or covert behaviours using digital technologies, including: hardware, such as computers and smartphones, and software, such as social media, instant messaging, texts, websites and other online platforms.  Cyber bullying can happen at any time. It can be in public or in private, and sometimes only known to the target and the person doing the bullying. This can include anything from an abusive text to imitating a person online or using their log-in against their knowledge/wishes.

Social media has meant that the bully is not as visible at the school gates; he/she is online - and with the majority of children using social media, bullying isn’t contained to just inside the confines of the school playground anymore.

Last year, whilst witnessing the last days of SATs at my local school, once pupils had completed the last exam, I asked the class if they were looking forward to secondary school.  A few hands shot up and said 'not really, as we don't want to get bullied'.  The Year 6 'top dogs' informed me that they knew they would be bullied as soon as they start at 'big school', so I did a bit of research and, whilst all schools should have a policy to protect pupils, what I found, in reality, was that many used a copied and pasted template from their local authority; having a policy is not the point - it's implementing it that is essential!

Only last year, I was forced to complain to my son's school about a child bullying him.  This is a special needs school, where statistics show students are 75% more likely to face bullying.  I worked with other governors to implement a programme of help during breaks etc. only to find that these were not followed, and was told by the head teacher that my son was, in a sense, lucky, as he was not bullied by this student as often as some other children.  I requested a move for my son and stood down as a governor, but, 16 months later, am still forced to home school my child to protect them.  The school did have a policy, and, yes, it is updated every 3 years as required, but policy means nothing if it is just a document in place due to necessity.

It is time for a zero tolerance approach to bullying in schools.  We do not want to create snowflakes, just for our children to be safe in learning environments and we all have a role to play in this; teachers need to ensure they report and take action on incidences of bullying regularly, SENCOs need to ensure that our most vulnerable children are not subject to it, teaching assistants and the Senior Leadership Team need to use their eyes and ears and create a culture of vigilance as the 'eyes and ears' of the school.  As parents, we know our children best and we, too, need to be vigilant for signs of changes in behaviour and report what we see to schools, and in some cases, the police.  A zero tolerance approach to bullying is the only way to ensure that the education system works for every child in our country.