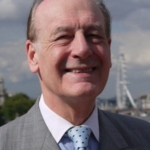 The Lord Lingfield is a former teacher, lecturer and Pro-Chancellor of Brunel University.  He was knighted (as Sir Robert Balchin) for services to education in 1993, and his appointment as Knight Principal of the Imperial Society of Knights Bachelor (Chairman of the Knights’ Council) was approved by Her Majesty The Queen in 2006.

The Lord Lingfield served as a senior education policy adviser to the Conservative Government throughout the early 1990s, devising and running the national programme for autonomy in state schools and chairing the Grant-Maintained School Foundation from 1989-1998. He was the founding Vice Chairman of the Funding Agency for Schools and was asked by The Rt. Hon. David Cameron to chair the Commission on Special Needs in Education between 2006 to 2010.  He is Chairman of the Chartered Institution for Further Education, which he founded in 2015 at the request of the then Secretary of State for Education, and Founder Chairman of The English Schools Orchestra. 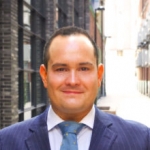 Paul is Associate Director at an award-winning communications agency, with a decade of experience across national, regional and local government, and a specialism in the education and health sectors.  He served as Chief of Staff to a Government Minister, Adviser to the current Home Secretary, Head of Consultancy & Parliamentary Relations for a global political communications business, and as an elected Conservative councillor for an iconic part of London, holding executive roles in the education, equalities and health portfolios at a flagship local authority.

Paul read Government at the London School of Economics and Political Science and has served as trustee of an education charity, governor at a secondary academy and two primary schools, and as Vice Chair of Governors at a flagship early years centre.  In addition to his role as Chairman of the Conservative Party's Education Society, Paul is also Chairman of the public affairs industry’s PRCA Education Group.  He is also a former Vice Chair of the inaugural Public Affairs Board and worked on drafting the public affairs industry’s current code of practice, which ensures excellence, standards and transparency across the industry. In his spare time, Paul is a Friend of Shakespeare’s Globe Theatre and patron of a number of arts organisations. 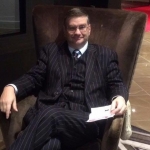 Gary spent 30 years in retail management, before becoming a carer for his son, who has complex additional needs.

He is a governor at two schools and standing to become a Conservative Councillor in Gosport in 2020. Gary passionately believes that, with the correct encouragement, all children can succeed. 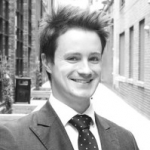 Emmanuel advises on, and supports, communications and public affairs strategies for a wide-range of clients across several sectors, with a focus on education.  With a background working across UK and EU accounts for an international communications business, he previously worked as a Researcher to the current Minister for Small Business and Corporate Responsibility and, prior to this, gained experience working under a backbench Conservative Member of Parliament. He has worked on several key consultations on a range of education topics.

Emmanuel has a passion for education and played an integral role in supporting international educational charities whilst studying in China, including Rotaract Beijing, which seeks to eradicate polio globally. He also volunteered with an Indian education charity through the British Council whilst working for the Indian NGO Janaagraha Centre for Citizenship & Democracy, which promotes the strengthening of democratic practices in India.  He graduated from the University of Exeter and Peking University, where he read English Literature and Mandarin Chinese. 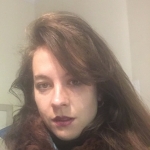 Alex studied Education Studies and History at Bishop Grosseteste University in Lincoln, where she conducted research into homeschooling across the United Kingdom. She went on to study for a Postgraduate Certificate in Education and gained great insights across the education profession and the numerous challenges our teachers face.

Alex sits on the Children and Young Persons' Panel at Lincolnshire County Council and also on the Overview and Scrutiny Management Board. She is Vice Chair of Governors at a local school, and a member of the Education Policy Institute and the Chartered Institute of Journalists. 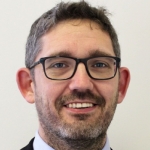 Antony is Headteacher at a high school on the beautiful North Norfolk coast, which serves a large community with mixed-deprivation.  Married to Louise, who is an EYFS teacher, they have 3 daughters, all of whom attend their local state schools.  Antony has been a teacher for 20 years, having completed his PGCE studies at the University of East Anglia.  Most of that time, Antony has been a classroom teacher, before being promoted to be the Director of a large sixth form in 2013.

In 2015 Antony moved to the Inspiration Trust as Deputy Head of a very challenging city school and in the following two years took it from inadequate to good.  In 2018, Antony became Headteacher at Cromer Academy.  His interests are predominantly around curriculum reform and reducing teacher workload.  Antony has stood for parliament twice for the Conservatives, in 2005 and 2010, coming within a few thousand of unseating Labour's then Home Secretary Charles Clarke in Norwich South.  In 2006 Antony was elected as a Councillor for a highly-deprived ward in Norwich and went on to lead the Conservative Group.

Peter is a history teacher at state secondary school for a successful academies trust in the West Midlands.  Prior to this, he studied for a PGCE at the University of Warwick, training in two state sector schools across the West Midlands.  After completing his own education at an outstanding Worcestershire secondary school, Peter studied History and Politics at the University of Leicester.

Peter is passionate about history curriculum design, with a particular a focus on African history, politics and society and how that can encompassed even further into the National Curriculum.  He was elected to Redditch Borough Council in May 2019, and since his election, Peter has served as the Borough's youngest councillor. 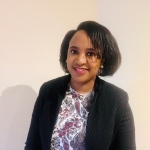 Nitza works as a Religious Studies teacher in a Catholic school in London, having completed her NQT in July 2019. She graduated twice from King’s College London with a BA Hons in Religion in the Contemporary World in 2014 and a PGCE in Religious Education in 2018.  Nitza also completed the Christian development course (now Impact course) with the Conservative Christian Fellowship in 2013.

Nitza is very interested in issues relating to teacher training and the retention of teachers, especially in the early years of joining the profession.  She is passionate about enabling children to find joy in learning, achieving the very best of their potential and giving back to their communities in the future. 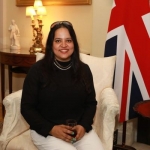 Rushi is an I.T. professional turned teacher. She started her career in the Internet and Telecoms industry and moved into Business Continuity and Cloud Computing before retraining as a teacher. Rushi has worked in both the state and independent sector and is now Director of Careers & Outreach and heads up the Computing Department at a girls’ school. With her industry experience, working with young people as a teacher and her digital remit within the Conservative Women's Organisation, Rushi advises groups and Conservative Associations about the effective and safe use of social media for public office, and also powerful digital campaigning.

Rushi stood as a Parliamentary Candidate in the General Election 2019. She is National Deputy Chairman of the Conservative Women’s Organisation where she wrote the strategy and policies for the CWO’s online media presence nationally. Locally, Rushi is Deputy Chairman Political of the Windsor Conservative Association. 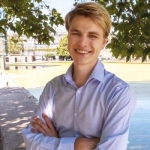 Danny is a student at the University of York, where he is reading social policy.  He is Head of Campaigns and former Director of Mental Health at the think tank Parliament Street, Vice Chair & Trustee at MaleVoicED and Fellow at The Royal Society for the Encouragement of Arts, Manufactures and Commerce.

Danny has spoken internationally about his experience of mental health problems and has appeared on ITV's This Morning, Fox News and ABC on this issue,  He has completed extensive research into mental health and the effect it has on contemporary society including education, policing and the NHS.  He has a special interest in young people's mental health in the education sector.