Paul is a Board Director at an award-winning communications agency, with a decade of experience across national, regional and local government, and a specialism in the education and health sectors.  He served as Chief of Staff to a Government Minister, Adviser to the current Home Secretary, Head of Consultancy & Parliamentary Relations for a global political communications business, and as an elected Conservative councillor for an iconic part of London, holding executive roles in the education, equalities and health portfolios at a flagship local authority.

Paul read Government at the London School of Economics and Political Science and has served as trustee of an education charity, governor at a secondary academy and two primary schools, and as Vice Chair of Governors at a flagship early years centre.  In addition to his role as Chairman of the Conservative Party's Education Society, Paul is also Chairman of the public affairs industry’s PRCA Education Group.  He is also a former Vice Chair of the inaugural Public Affairs Board and worked on drafting the public affairs industry’s current code of practice, which ensures excellence, standards and transparency across the industry. In his spare time, Paul is a Friend of Shakespeare’s Globe Theatre and patron of a number of arts organisations. 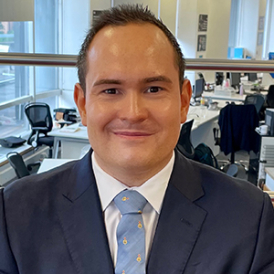